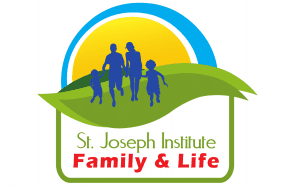 The Family is the salt of the earth and the light of the world, it is the leaven of society

The Family is the salt of the earth and the light of the world, it is the leaven of society

Pope Francis announced Sunday a special year dedicated to the family, marking the fifth anniversary of the publication of his apostolic exhortation Amoris laetitia.

In his Angelus address Dec. 27, the feast of the Holy Family, the pope noted that March 19, 2021, would mark five years since the signing of Amoris laetitia following synods on the family in 2014 and 2015.

He said: “Today’s feast reminds us of the example of evangelising with the family, proposing to us once again the ideal of conjugal and family love, as underlined in the apostolic exhortation Amoris laetitia, promulgated five years ago this coming March 19. And it will be a year of reflection on Amoris laetitia and it will be an opportunity to focus more closely on the contents of the document. These reflections will be made available to ecclesial communities and families, to accompany them on their journey.”

“As of now, I invite everyone to take part in the initiatives that will be promoted during the Year and that will be coordinated by the Dicastery for Laity, Family, and Life. Let us entrust this journey, with families all over the world, to the Holy Family of Nazareth, in particular to St. Joseph, the devoted spouse and father.”